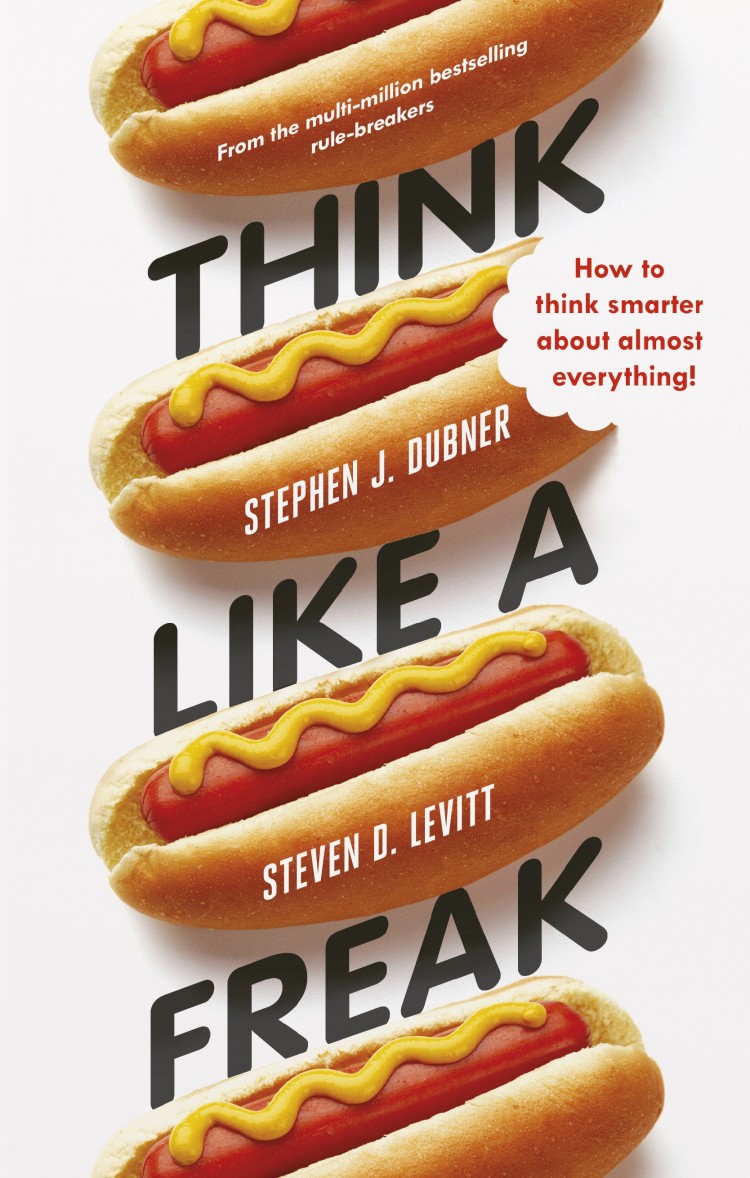 One in four children, it turns out, has subpart eyesight, while a whopping 60 percent of “problem learners” have trouble seeing. If you can’t see well, you won’t read well, and that makes school extra hard. After wearing glasses for a year ($15/pair of glasses), they’d learned 25 to 50 percent more than their uncorrected peers.

When we find purpose in making a difference, we approach the big picture, generic problems — sustainability, education, happiness, innovation, health — and we ask big questions aimed and revolutionising that area. Yet so much innovation, incremental or disruptive, comes from noticing a detail and trying something new. To Think Like a Freak, Steven and Stephen urges us to ask the small questions that no one is asking. As you see in the glasses example, they are the ones that effectively make a difference.

Think Like a Freak by Steven D. Levitt and Stephen J. Dubner

Because of our recency bias and heuristics that help us understand the world, we end up with a skewed sense of reality. We disproportionately see issues with guns, airplane crashes, and shark bites because that is what we see. However, if we are curious enough to look at the numbers, we find something else.

Suicide is one of the top ten causes of death for nearly every age group.

A powerful fact that is not often addressed. It gets even more curious:

Suicide is more common among people with a higher quality of life.

Why is this? Because those with a higher quality of life end up having “no one left to blame” — there are no circumstances or happenings they can pin, so if they are looking to blame someone, they can only blame themselves. This is the ultimate disempowering mode of an internal locus of control.

“It is the brain, not the heart or lungs, that is the critical organ,” said the esteemed neurologist Roger Bannister.

To end, a little experiment: professional cyclists set records. Researchers have these cyclists race digital versions of themselves — however, they speed up the recording slightly. Yet, the cyclists, pushed by their sped up previous personal bests, still win. They beat their own highest records because they believed it to be doable.

Think Like a Freak by Steven D. Levitt and Stephen J. Dubner