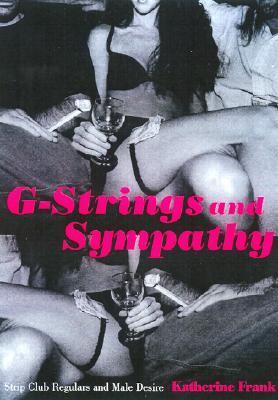 To fall in love, but not to be in love

This beautiful sentence attracted me to this ethnography and its the one I’m taking away.

Somehow, our process for falling in love and being in love are completely different. It’s a bit like the distinction between curiosity and satisfaction — the former has much higher arousal than the latter, meaning that satisfaction is often dissatisfying. A strip club is often unbounded curiosity. Satisfaction would be expensive or not allowed. What’s left is passion and desire without loss of freedom or disillusionment.

The write steps into the stripper’s heels, and approaches the regulars as a working girl. She seduces and strips. For the men, disrobing is a high form of intimacy, or expressing willingness to be vulnerable:

Though the interviews may have taken place several days after our interactions in the clubs, many of the men commented favourably on my willingness to be “vulnerable” to them. Even during encounters that did not lead to interviews, I found that my willingness to disrobe in the cub produced an atmosphere in which many men felt comfortable revealing things that they claimed to ordinarily keep secret: particular sexual fantastics and desires, fears of inadequacy, confusion about gender identities, resentment toward women and their demands, and needs for connection and conversation, for example